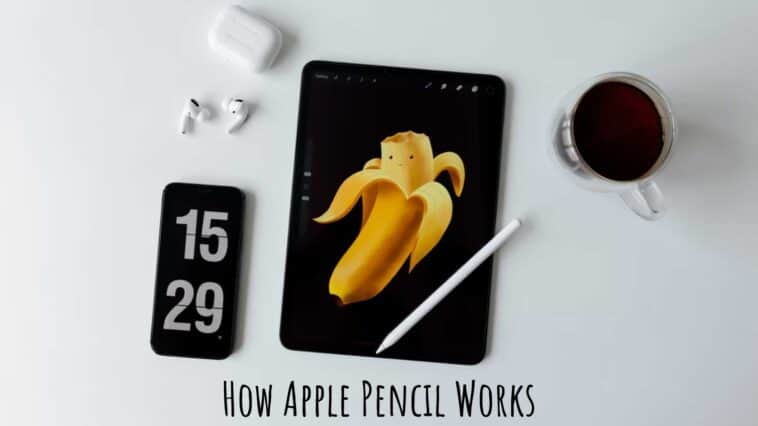 I have always been a fan of Apple products and ever since the first Apple Pencil. I love drawing on my iPad and with the Apple Pencil, it became so much easier. I’ve always been fascinated by how it delivers pixel-perfect precision.

The Apple Pencil comprises a replaceable plastic tip that connects with the display of your iPad, the shaft which is cylindrical similar to a pencil along with a charging mechanism. Apple Pencils are known for their precision, pressure, and tilt sensitivity.

Over the years Apple has made changes to the design and the charging mechanism of the Apple Pencil and introduced the Apple Pencil 2nd Gen. However, it’s also a little pricey, unlike its contemporaries.

After using both Apple pencils for half a year and putting it through various stress tests, I found out the capabilities and limitations of these amazing styli. Most importantly, I found out:

Apple Pencils have sensors that not only detect the pressure produced by the nib on the screen but also have 9-axis gyroscope sensors to detect the angle of movement. The combination of these sensors helps produce thin and thick lines and even shades. The algorithm processes this data and even helps calibrate the pencil to various iPad.

Related: How to use an Apple Pencil?

With the changes in both versions, the method to pair the devices are different in either case. The design and methods of connectivity are also different. Let’s take a look at how different the Apple Pencil 1st and 2nd Gen are and how Apple Pencil works.

Apple Pencil is one of the best accessories for iPads. It can track, measure pressure, and measure the angle that is then used to provide users with a real pen/pencil-like experience. This lets artists create life-like images and designs. Check out how the Apple Pencil tracks, and measures pressure and angle in this section.

How does Apple Pencil track

iPad’s screen is responsible for tracking Apple Pencil. iPad screens are special as they feature two layers for input detection, one layer for touch detection and the other for Apple Pencil and other styluses. This is why Apple Pencil won’t work on other devices like iPhone as the layer for Stylus detection doesn’t exist.

iPad tracks the path of an Apple Pencil or other stylus by scanning and recording the exact location on the screen. iPad does this 240 times in a second to make sure tracking is accurate. This is also known as the touch sampling rate.

Here is an image of how the Apple Pencil’s force sensor works,

For most users, tracking and pressure sensitivity will be all they need. But Apple has added the ability to measure the angle, which allows professional users to take even more advantage of the Apple Pencil.

To measure tilt angle, both the Apple Pencil and the iPad work in tandem. iPad measures tilt angle by calculating the orientation of the stylus in relation to the iPad screen. Your iPad screen detects Apple Pencils capacitance in multiple locations to calculate the tilt angle.

The angle is then put to practical use by increasing or decreasing the width of the line drawn. This is how a real pencil works on paper.

Here is a detailed explanation of tilt sensitivity is measured,

To calculate the angle, Apple Pencil features two electrodes, one at the tip and one above known as the ring electrode. Your iPad uses both of them to calculate angle by,

Connecting The Apple Pencil to Your iPad

Connecting the Apple Pencil 1st Gen to your iPad

Connecting the Apple Pencil 2nd Gen to your iPad

Upon following these steps you will be able to use the Apple Pencil on your iPad. However, if you’re planning on having the Apple Pencil paired with a secondary device, follow the same steps listed above on the new iPad. Check out our guide on How Apple Pencil Works for more details.

2nd Gen Apple Pencils are the easiest to charge, there can only be one way to do so.

What are the Apple Pencil’s features?

With the Apple Pencil, you don’t need any special application or menu for it to function on the iPad or iPad Pro. Once you have paired both devices you’re ready to draw, write or navigate in any app that’s installed on the iPad. Check out our guide on How Apple Pencil Works for more details.

The Apple pencil does however have a few interesting features that make it a unique device providing you with an exhilarating experience. For example, its weight and center of gravity are similar to that of a real pencil. So, you can sketch away without any issues.

Here are some of the Apple Pencil’s features:

How does Apple Pencil 2 Work

Apart from the designs and charging technology, there is not much difference between the Apple Pencil 1 and Apple Pencil 2. They both work the same way and offer the same performance too.

Where Can The Apple Pencil Be Used?

The Apple Pencil replaces nearly every finger function and it can do things like open pages, scroll through pages and more. Here are the many uses of the Apple Pencil with iPadOS;

Both variants of the Apple Pencil are not compatible with all iPad models. The breakup of which Apple Pencil can work on which iPad is:

The Apple Pencil is a great tool that has been designed for drawing, writing, and sketching, and in this case where it can replace your finger for navigation of the iPad OS. The Apple Pencil is truly worth the money if these are what you intend to do. However, it works well if you don’t wish to leave fingerprints on your iPad’s display.

Either way, it seems to be an accessory that most iPad owners are after as it makes their overall work experience easier than without one. Check out our guide on How Apple Pencil works.

What to do if my Apple Pencil stops working

Though the Apple Pencil was designed to be a simple yet powerful device, it is bound to stop working due to the unpredictable nature of technology. Check out our guide on How Apple Pencil Works for more details.

Disconnect and Re-pair the Apple Pencil with your iPad Pro

While both Apple Pencils fundamentally function in the same manner, they have their differences. With the biggest being the design. The Apple Pencil 1 which hit the market in 2015 is more robust. It is more smooth and round in shape as opposed to the Apple Pencil 2.

The Apple Pencil 1 also comes with its very own lightning port and can be charged using the proprietary charger. While it does have an inbuilt charging port, it lacks an ergonomic build. Apple considered this matter and changed the entire device with the Apple Pencil 2.

The second-generation device is sleek, flat on some sides, and essentially functions like a pencil. It is comfortable to use. Especially during those long sketch sessions. Most importantly, it is extremely lightweight.

Apple Pencil requires a special layer under the screen for it to work. This layer is only present in iPads and this is why Apple Pencil works with iPads and not with iPhones. I wish Apple added this layer for iPhones as well, at least in the Pro Max models so that we can take advantage of the large screens for creating art.

Apple Pencil differs from most other styluses on the market as it comes with features like pressure sensitivity and tilt sensitivity. Before the Apple Pencil was launched, styluses usually had hard tips that were battery-powered to activate the capacitive display of iPads. These were usually not accurate as well.

Apple Pencil launched with many cool features that made it more accurate and brought the experience close to using a real pencil on paper. I personally love how I can control the pressure to draw or paint dark and light shades.

What can I do with an Apple Pencil?

How do I know if my Apple pencil is working?

Other than checking your paired devices you can also see it in the notification center under the batteries icon. If you haven’t paired it in a while or if it’s low on charge it might take some time to appear. Check out our guide on How Apple Pencil works for more details.

Does Apple Pencil use Bluetooth?

Yes, Apple Pencil uses Bluetooth to pair itself to your iPad. This allows them to share information between them like battery life. Both devices use the Bluetooth connection for some extra functions and gestures.

Apple Pencil is a separate accessory for iPads that you can use to write, draw or navigate. It doesn’t even come included with an iPad meaning it is not necessary. You can still use all of your iPad’s functions without an Apple Pencil. You can draw or write using your fingers or using 3rd party stylus. Apple Pencil is just an optional accessory.

Do Apple Pencils work on phones?

How does Apple Pencil work technically?

Apple Pencil works using a set of sensors and electrodes. Electrodes are used for tracking and measuring angle, while the force sensor is used to measure pressure sensitivity. Check out our guide on how Apple Pencil works for more details.

Is it worth getting an Apple Pencil?

Apple Pencil is worth getting if you are a design student or a professional artist. But if you are someone who wants a cheaper alternative, and can’t spend as much then you can look for alternatives like the Logitech Crayon or Adonit Note+.