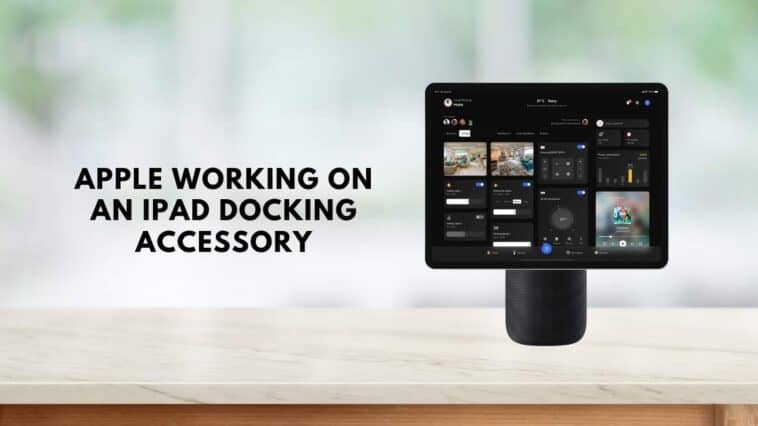 In his most recent Power On newsletter, journalist Mark Gurman reported on the new MacBook Pro and iPad’s that are expected to be released later this month.

He also revealed that Apple is working on an iPad docking accessory that can turn the iPad into a Smart Home display and it might receive a launch date sometime next year.

iPad Docking Accessory for the Home?

According to Gurman, the new iPad docking accessory that Apple is currently working on is expected to be sold standalone and will let users turn their iPad’s into a Smart Home hub control station.

This comes after Google recently announced that they would offer a magnetically charging speaker dock that can be attached to the new Pixel Tablet, essentially turning it into a smart home display.

He expects that the release will take place in 2023 and that the iPad docking accessory will allow users to control functions of their home through the Home app, let users make FaceTime calls and much more.

He also stated that Apple has already developed prototypes of the docking accessory and rather than it being a stationary device, the new docking accessory looks like it can simply be attached to the iPad for a Home hub experience on-the-go.

In his latest Power On newsletter, Mark Gurman wrote,

“I’m told that Apple is working on bringing similar features to the iPad as soon as 2023. As I reported last year, Apple is exploring a standalone device that combines an iPad with a speaker hub. The idea is to provide some equipment that users can put on the kitchen counter, living room, or nightstand. However, Apple is also working on iPad dock accessories that can be sold separately, and it will do most of the same things.”

Gurman’s notes also reveal that there are plans to release a new HomePod next year and it goes to show that Apple truly wants to develop strong Home products that can compete with the likes of Amazon and Google in the Smart Home segment.