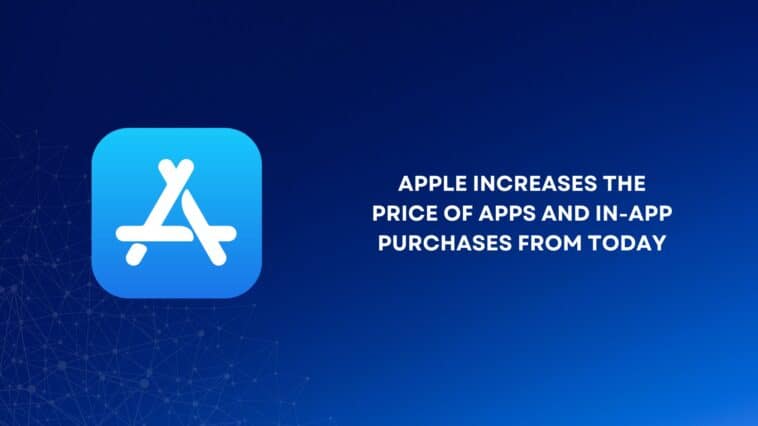 Earlier in September, Apple announced that there would be a hike in the prices of apps and in-app purchases on the App Store.

This change is expected to roll out today (October 5th, 2022) in Chile, Egypt, Japan, Malaysia, Pakistan, Poland, South Korea, Sweden, Vietnam and other places that use the Euro which includes Italy, France, Spain, Portugal and Germany.

The price rise in Vietnam also reflects new tax regulations, Apple said, without elaborating why they’re increasing the price in the other countries.

According to me, the key driver could be the drop in the value of these currencies against the dollar.

For example, Japan is expected to receive a 30% increase in app and in-app purchases on the App Store from today. This comes after the recent dramatic drop of the Yen against the dollar. The same can be said about the falling value of the Euro as well as the Pakistan Rupee.

While it’s not the first time Apple has hiked their prices, it’s the first time they’re doing so on such a large scale and it’s a definite shock to gamers around the world as they will have to cough up more real-world cash to access new features in the game.

Companies like Niantic have already begun notifying their subscribers about the price hike and have stated that this hike could extend even to their Android in-app purchases according to their recent newsletter.

Tokyo-based analyst Serkan Toto of Kantan Games said in an interview with Bloomberg “It’s inevitable the price adjustment will be felt by app and game developers in the markets affected. People might be more hesitant to make in-app purchases now than ever, and developers might be forced to get more creative in terms of pricing in the future.”

I have to agree with Serkan Toto, because this move is definitely going to hit the middle class users hard and developers will have to find other ways to retain their clients and restructure their in-app prices so their customers remain happy.

Apple has also released their new App store pricing tiers and this has been shared with developers so the new prices for in-app purchases and apps can be implemented.

This price hike will only affect in-app purchases and new app purchases, but will reportedly not affect auto-renew subscriptions if the developer feels the need to preserve prices for existing subscribers.