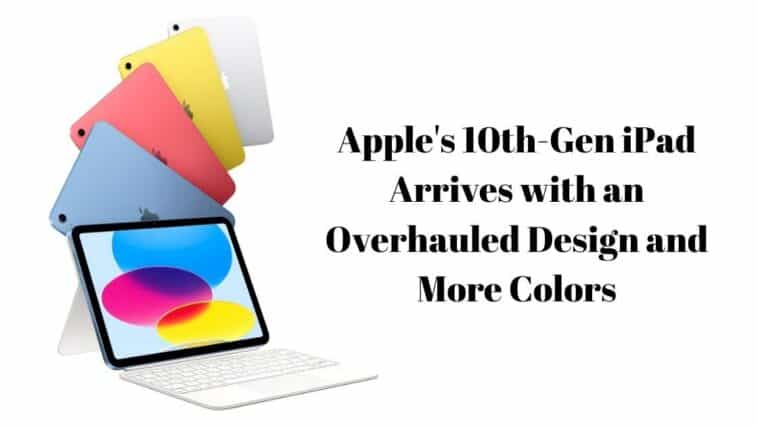 Apple has just released their 10th-Gen iPad, a much awaited device that now features a new design that closely resembles the iPad Air and iPad Pro.

Launched alongside the new M2 iPad Pro, the iPad 10 has received one of the biggest changes of all the products Apple has released so far.

The new 10th-gen iPad receives flat edges that matches the aesthetic of iPhone’s and the new iPad Pro.

In order to accommodate the larger 10.9″ Liquid Retina display, Apple has gone ahead and shifted the Home button along with the Touch ID from the front of the iPad to the side which is similar to what they have done with the iPad Air.

The new iPad also gains the A14 Bionic chip, an Ultra wide 12MP front-facing camera that’s now located along the horizontal edge of the iPad to deliver a better FaceTime calling experience.

Apple also reported that the new iPad will come with the USB-C port (complying with EU norms) and Wi-Fi 6E connectivity as well as 5G on the cellular variants.

The 10th-Gen iPad will come with iPadOS 16 right out of the box as reported by Apple and the official release of iPadOS 16 to other compatible iPad users will take place on the 24th of October.

The new device will be available in Blue, Pink, Silver and Yellow and will cost $449 for the 64GB model whereas the 256GB iPad 10 will start from $599 onward.

Pre-orders are live on the Apple website and the new iPad will be available in stores worldwide as early as October 26th with pre-order deliveries commencing on the same day.