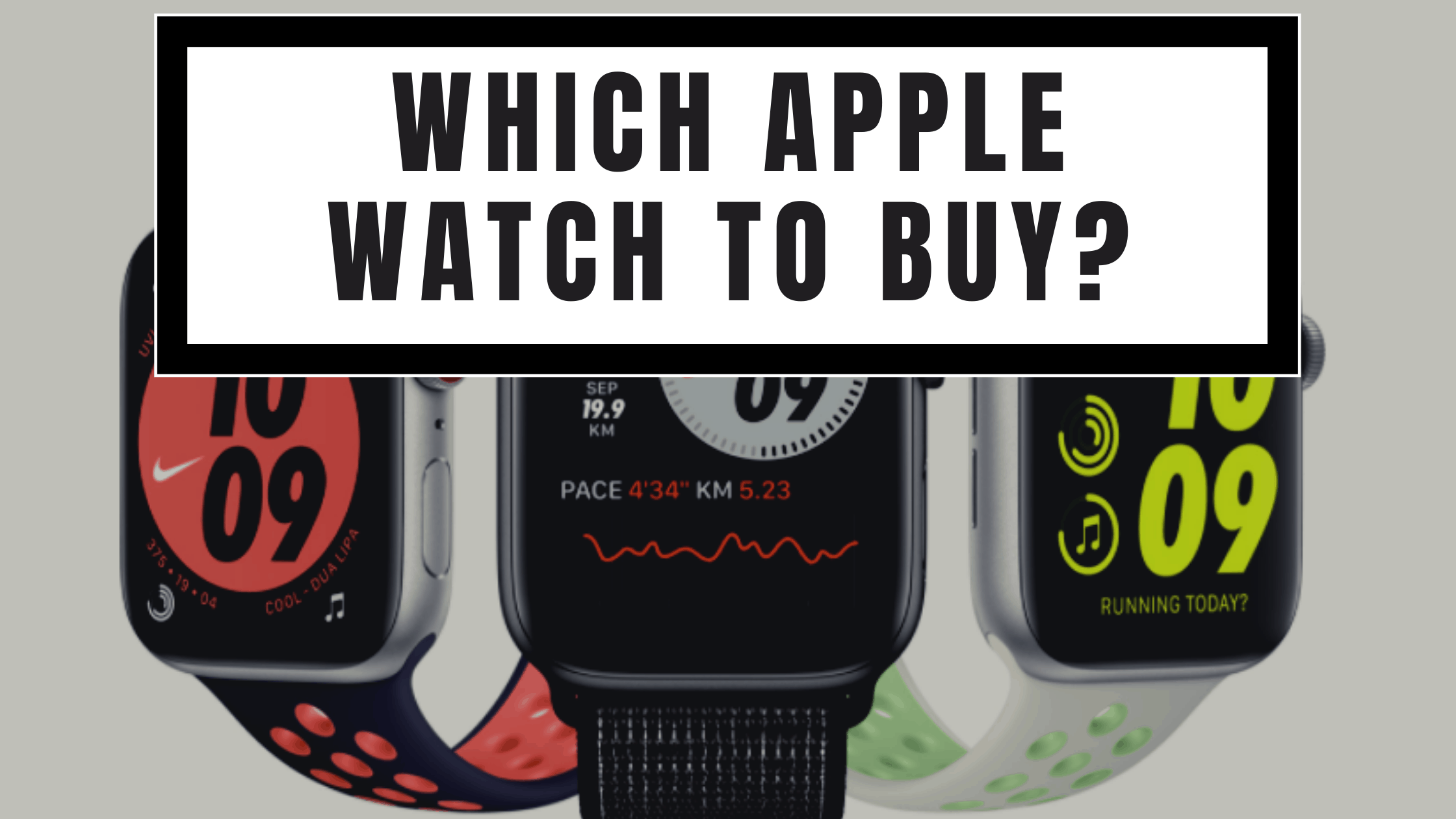 Which Apple Watch to Buy? That’s the big question on most of our minds after the launch of the Series 8, a few weeks ago. It may be a bit of a task to decide on what model to buy simply because there are so many variants out there with a number of combinations between case material, size of the watch, color, and the strap. Check out our “Which Apple Watch to Buy” for all the details

Though Apple Watches are not cheap, they are the most sought-after smartwatches on the planet.

In this guide, I will take you through the key differences between each Apple Watch and break down which version is best suited for what type of user.

Related: Which Apple laptop should I buy?

After having reviewed all Apple watches based on various factors like design, features, functions, performance, and price; My team and I zeroed in on 5 Apple watches that stood out. We subjected these 5 to a series of stress tests to determine the best. We found that:

The best Apple Watch to Buy is the Apple Watch 8. Although it has the same design as its predecessor, it is equipped with the latest S8 dual-core chip that is 20% faster than the Series 7. Not only is it extremely fast and smooth but it also has a battery life that can last for 18 hours on a single charge. It also comes with various health features like blood oxygen monitoring, a temperature sensor for ovulation tracking, L1 GPS and Car Crash Detection, all for under $399 for the base variant and $499 for the Wi-Fi one

Which Apple Watch to Buy?

Which Apple Watch to buy?

With a wide range of Apple Watches to choose from, there is one for every kind of user. The primary differences between Apple Watch Series are the processor, features, and the overall price of the gadget.

It’s no surprise that the newest Apple Watch is also the best one to buy in 2022.

Launched in September, the Series 8 looks and feels like its predecessor, the Series 7, but comes with an upgraded processor and new advanced fitness features.

Features of the Apple Watch Series 8

Should You Buy the Apple Watch Series 8?

Well, it depends on whether you already have the Apple Watch Series 7 or not.

Since there’s not much difference between the two and the only upgrade is the processor and maybe a few changes in the health tracking department, I would suggest sticking to the Series 7 that you already have.

However, if you’re using an older Watch like the Series 6 or the SE then I’d recommend checking out the Series 8 as your next upgrade and skip out on the Series 7 altogether.

The Apple Watch Ultra is nothing but a super durable upgrade on the Series 8. It’s available only in 49mm and uses the same processor as its baby brother.

The only major difference is that the Ultra offers better battery life and there is a new action button on the watch that can be customized with different features.

At nearly double the price of the Series 8, the Watch Ultra is the most expensive Apple Watch till date.

Features of the Apple Watch Ultra

Should You Buy the Apple Watch Ultra?

Truth be told, the Ultra is a watch to die for, but only if you’re someone who’s always up for outdoor adventures. It’s the most durable Apple Watch till date and is also the only watch to offer over 30 hours of battery life on a single charge.

However, the high price point and the fact that there are not a lot of changes apart from the build and size, I wouldn’t recommend buying the Apple Watch Ultra or spending that much money on something you can get with the standard Series 8.

Apple Watch Series 7 was announced in September 2021 and featured a rounder design with a larger casing, improved durability, a larger always-on Retina display, and faster charging with a starting at a price of $399.

Features of the Apple Watch Series 7

Should you buy the Apple Watch Series 7?

If you’re looking to buy the best Apple Watch, it’s very easy to assume that the newest automatically gets the win. This device is designed to keep you connected, in shape, and even safe, in certain situations. Its sizes and display are bigger with SpO2 monitoring, as well as Apple’s U1 ultra wideband chip for better connectivity.

This means less scrolling when reading texts and emails and also features two larger font size options, so you don’t have to squint. This is Apple’s first smartwatch with an IP6X certification, meaning it’s totally dust-proof. It charges 33% faster than other series and just 45 minutes of charging will take the watch from dead to 80% battery life.

The Watch Series 3 is without a doubt, the cheapest Apple Smartwatch out there. But don’t be fooled, though the device retails at $179 and comes in two sizes; 38mm and a 42mm, the Series 3 seriously lacks all the improvements made by Apple over the next few models in the series.

Features of the Apple Watch Series 3

The Series 3 was one of the oldest from Apple and is significant in its own way. Ideal for everyday use while not breaking your bank balance, these are the main features of the Watch Series 3:

Should you buy the Apple Watch Series 3?

Personally, I’d recommend the Series 3 only if you’re looking for a basic smartwatch with some fancy activity tracking capabilities.

The Series 3 does not support Apple’s latest watch faces or their newer bands. Since the LTE version of the Watch Series 3 is not available anymore, the standard version will not support Family setup.

So. No. I would not recommend the Series 3 unless it honestly something you’re looking to invest in.

Launched alongside the Series 6, the Watch SE is a cutdown version of the Apple Watch Series 6. The Watch SE does have a slower processor than the Series 6 and lacks a few features as well.

See also  Cost of iPhone and iPhone Repair in Singapore

The Apple Watch SE starts at $279 and considering its low pricing is a good choice if you’re looking for the latest from Apple but are not willing to shell out much and have a tighter budget.

Features of the Apple Watch SE

Should you buy the Apple Watch Series 5?

Well, the Apple Watch SE is a good option if you want something that doesn’t cost as much as an Apple Watch Series 7. It starts at $279 for the 40mm variant making it a great deal for the features it offers.

If you’re looking for a smartwatch to provide you with updates at all times, have accurate tracking, and are waterproof, then this is the one for you.

The Apple Watch SE is quite similar to the Series 5 and is ideal for those looking to leave their smartphone at home while stepping out.

At the end of the day, it is solely up to you to pick the one you wish to own. I would personally recommend the Series 8 if you have the budget and want a faster processor but then again if you’re not looking for a faster smartwatch but for something that is affordable and has the same features as the Series 8 then it’s best to go for the Watch SE.

Which Apple Watch is the best deal?

The Apple Watch SE carries the best deal currently on the market. A cheaper price with all the specs of the Series 6 apart from a fast processor. Check out our “Which Apple Watch to Buy” for all the details

Is Cellular worth it on an Apple Watch?

For an extra $100, yes. Considering you will not require your iPhone when you’re going outside, or a WiFi connection. Cellular on the Apple Watch lets you make calls and access internet-based apps from the face of the watch. Check out our “Which Apple Watch to Buy” for all the details

Do you pay for data on Apple Watch?

Yes, you do as with any internet service. You have to configure the Apple Watch to your cellular plan, the same one running on your iPhone for this to work. Check out our “Which Apple Watch to Buy” for all the details 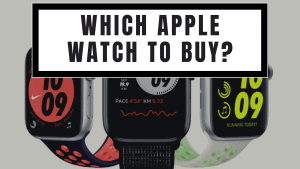 Check out which apple watch to buy