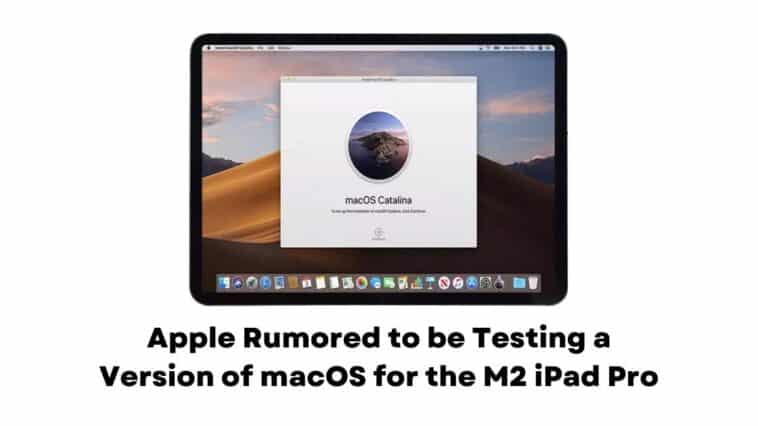 A recent rumor suggests that Apple might be working on a more compact version of macOS that will be exclusive to the M2 iPad Pro and is expected to release sometime in 2023.

The iPad Pro is a phenomenal device and one of the leading complaints surrounding its functionality is the lack of macOS-like desktop features.

In a recent tweet, serial leaker @MajinBuOfficial suggested that Apple might be working on a smaller version of macOS codenamed “Mendocino” which will be exclusive to the M2 iPad Pro.

He expects the new OS to release sometime in 2023 and according to his sources, Apple is currently testing a touch-friendly version of macOS for the iPad Pro and the new UI is reportedly 25% larger than the current size of macOS.

While having macOS-like capabilities on the iPad Pro will surely improve its game, it’s rumored that the apps in the new UI will remain optimized for the iPad Pro and not for macOS.

Rumors regarding Apple working on a macOS version for the iPad has been floating around for years and it’s known that Apple runs versions of macOS on iPads for internal testing, so it could be just that and not an actual release of a new OS/UI, but as a rumor it has to be taken with a grain of salt.

The other possible scenario is that Apple could be working to bring macOS features to the iPad Pro by introducing key elements such as a Menu bar and Taskbar to give users a portable Mac interface.

Since we already have a potential release date, we can only wait and hope that more news drops on a macOS variant for the M2 iPad Pro.

iPad Pro with OLED Display Expected to Arrive in 2024