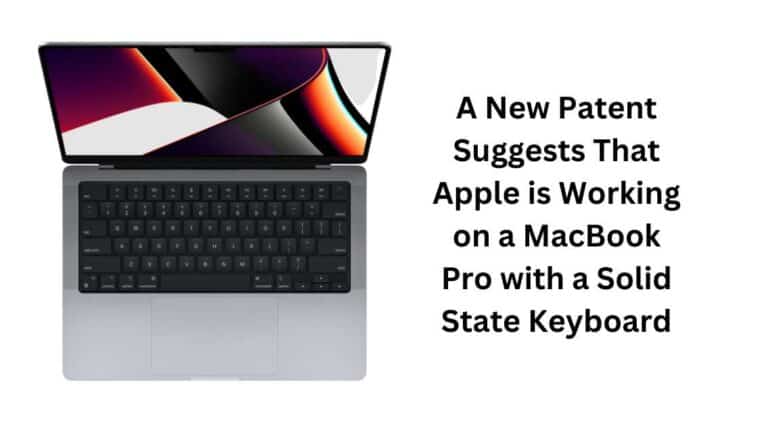 Apple was just awarded a patent for a keyless keyboard design that may come to the MacBook Pro in the near future.

According to reports, the solid state keyboard will offer more versatility than a physical keyboard and may come include multiple touch sensors.

MacBook Pro with a Solid State Keyboard in the Pipeline?

Based to the design of the patent, the entire lower selection of the MacBook Pro could receive a large glass panel that will ultimately replace the keyboard and track pad.

The keys will be customizable and the entire layout of the keyboard can be changed with a few simple changes in the settings.

This is not the first time Apple has considered moving to a solid state keyboard on their MacBook Pro. Earlier in 2018, Apple filed a patent for “Dual display equipment with enhanced visibility and suppressed reflections,” and it is in this patent where they described using a second screen as a dynamic keyboard instead of the traditional design.

Apple is known for their frequent patent submissions and most of them never see the light of day.

But, it’s possible that the MacBook Pro with a solid state keyboard will happen sometime in the near future due to its various implications and how it could improve overall user experience.