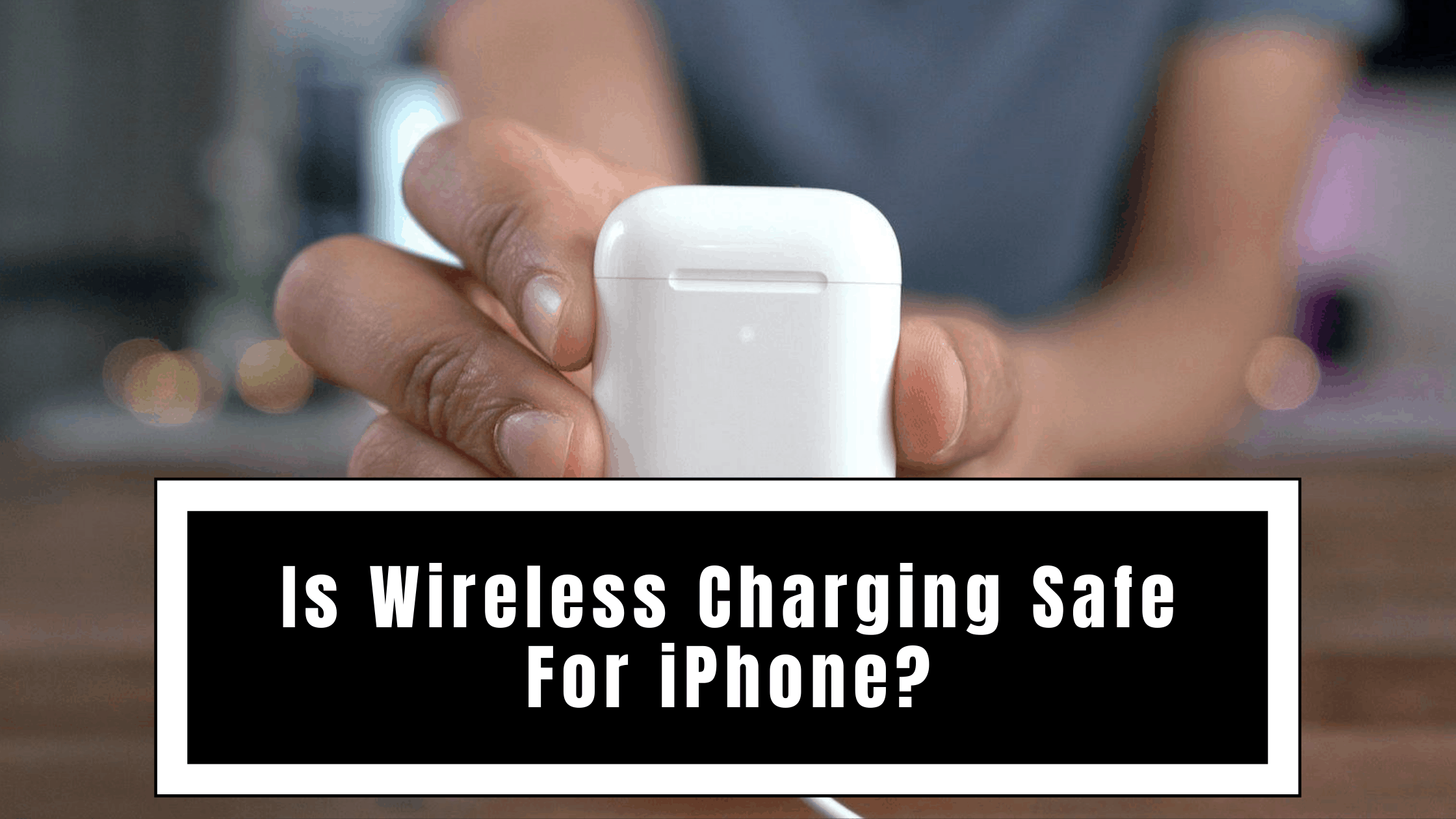 Apple introducing wireless charging to its iPhones was one of the best features to be added to them. I have dreaded wired charging for a long time now.

Wired charging, while fast is not convenient and comes with its own share of troubles. So, Is Wireless Charging Safe For iPhone? Let’s find out.

All this was going to be a thing of the past when wireless charging was introduced to a whole plethora of Apple devices including the iPhones. I have multiple wireless charging pads in my home, but then a friend of mine said that they are not safe for you or your device.

Which got me thinking and this is the reason for this article. This article will clear your doubts about wireless charging and if they are safe or not. Here’s our “Is Wireless Charging Safe For iPhone” guide.

After going through various sources and subjecting various wireless chargers to stress tests: my team and I found that:

Wireless Charging is relatively safe but is dependent on various factors. For example, you must use a good quality charger and charge it only when necessary. A subpar charger can cause quite a few issues. While the chances of exploding are almost non-existent, there are detriments to the battery of the iPhone.

Related: Will there be an iPad with Wireless Charging?

Is Wireless Charging Safe For iPhone

Is Wireless Charging Safe For iPhone

Wireless charging is a technology that allows you to charge devices without connecting them to wires. It is a convenient and useful feature if you don’t like messing with wires.

There are even rumors about Apple going to release a port less iPhone soon, which means that it will only feature wireless charging. But all this ultimately leads to if wireless charging is safe to use. I will be answering this in detail below:

To answer this question, you will have to know the technology behind wireless charging. Wireless charging that we use in day-to-day devices uses the process of induction.

This is common and the fears and doubts will only vanish when the tech is more mainstream and proven to be safe. People are scared of the harm it can do to the device sand to themselves. I am not going to lie; I was fearful too when wireless charging started to roll out in the industry. I had doubts about how harmful it can be for me and my devices.

is wireless charging safe for health?

In short yes, it is safe for you. It is safe because the electromagnetic field that is created by these chargers is weak and small in power. Also, it is directly transferred to a receiving device that converts it to electricity again and it gets sent to the battery.

How to wirelessly charge your iPhone

Step 1 Connect your wireless charger to power. Use the power adapter that came with your charger.

Step 2 Place the charger on a level surface like a table or a flat counter.

Step 3 Place your iPhone on the wireless charger pad with the display facing up. For best performance, place it in the center of the charger pad or in the location recommended by the manufacturer.

Your iPhone should start charging a few seconds after you place it on your wireless charger pad. If not try moving around a bit.

More convenient, compared to wired charging. Just place on a wireless charging pad and you are golden. And when you need the phone, just lift it and you are good to go.

Although Wireless charging can be a real lifesaver to many, sadly it does suffer from a few disadvantages that you must take into account before you decide on buying one.

One of the reasons why wireless charging is not fully integrated is that it is not as efficient as compared to normal chargers. There are certain wireless chargers that simply cannot reach the same efficiency level as compared to traditional ones, so it may take a longer time to charge your phone.

Also, the heat generated in a few wireless chargers can be much more compared to the conventional method of charging your phone.

Additionally, you must keep the device on the pad at all times and it cannot be moved. This obviously makes it quite challenging to use your phone while it gets charged at the same time.

Wireless charging comes with a lot of benefits and this makes it great to use over wired charging. But myths surrounding it have made it seem like they might be harmful to you or your iPhone. But these are not true, both WHO and ICNIRP have found wireless charging to be safe for the user or anyone around them.

Similarly, apart from some precautions, it is as safe or safer than wired charging. And it speaks a lot when Apple is going for a portless iPhone in the future which means it will only feature wireless charging. All this makes it the best and most convenient way to charge your iPhones.

Will my wireless charger work with iPhone 12?

Yes, your wireless charger is designed for faster and most definitely supports iPhone 12 model. The iPhone 12,iPhone 12 Pro, iPhone 12 Pro Max, and iPhone 12 mini, support both Qi chargers and MagSafe chargers where they can charge up to 15W under ideal conditions.

How do I enable wireless charging on my iPhone?

First, connect your charger to power. Next, use the power adapter that came with your accessory. Place the charger on a level surface and place your iPhone on the charger with the display facing up. Your iPhone should start charging on your wireless charger after a few seconds.

Will an iPhone 7 charge on a wireless charger?

Sadly, no. The iPhone 7 and older models do not have wireless charging, and generally need to be charged with a cable.

Do wireless chargers work on all iPhones?