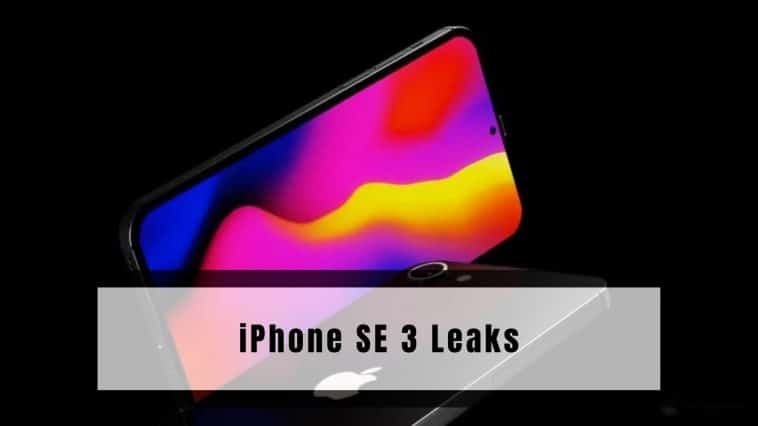 The 3rd edition of the iPhone SE will hit the shelves this year. Check out the latest iPhone SE 3 Leaks for all the details!

Wouldn’t you love an Apple iPhone that was affordable but didn’t compromise on the basics like performance, cameras, software, and Apple’s assurance of quality? This is what Apple’s iPhone SE lineup aims to do. An affordable iPhone that could give any smartphone in its price category a run for its money.

I was a huge fan of the original iPhone SE back in 2016 it was compact yet powerful, was a great smartphone overall, and was affordable for many. I was disappointed for 4 years that Apple didn’t announce a follow-up. But that changed in 2020 and Apple launched the iPhone SE 2nd generation. It was everything I expected it to be and I loved it.

Related: iPhone 12 Clone: Where to buy?

This got me thinking about the future iPhone SE, probably the iPhone SE 3, so I searched high and low, far and wide for leaks and rumours of the next iPhone SE. This article is a compilation of all the information I could find. Here are the latest iPhone SE 3 Leaks.

Related: How to hack an iPhone?

After having reviewed all of Apple’s official communication and having referred to our credible sources; my team and I found that:

Apple will launch the iPhone SE 3 this year. The entry-level version is expected to be around $399. While Apple hasn’t stated the official date, there have been some leaks with regards to the phone itself. The iPhone SE 3 is expected to feature a completely new design with less bezel and more screen. It’s also expected to have upgraded specs on all fronts.

Rumors and leaks point to an iPhone SE model that will be launched in the second half of 2021. This may be the iPhone SE 3, but it is probably just going to be a Plus version of the iPhone SE (2020). There will possibly be a chip upgrade though, the new iPhone SE Plus could have the A14 Bionic chip from the iPhone 12 lineup.

This rumor has been backed by some well known Apple analysts like Ming-Chi Kuo. In the spring of 2020, he stated that “We predicted that Apple would launch the new iPhone model in 1H21 in a previous report, however, we [now] think that Apple will likely postpone the new model from 1H21 to 2H21.” This model is most likely the iPhone SE Plus and not the iPhone SE 3.

Ming-Chi Kuo at the time also said that Apple plans to launch a larger iPhone with a Home button. This might come as a joy to many fans of the iPhone SE who want a bigger version screen and an iPhone with Touch ID. Rumors also point that this new version is likely to sport a 5.5 inch or 6.1 inch LCD screen.

Some rumors circling the internet suggest that the new iPhone SE will feature 5G connectivity. Since 5G has been on a few generations of iPhones, it will be easy and feasible for Apple to implement it in the next iPhone SE.

Related: How to back up your iPhone

If the rumored iPhone SE Plus is not true then, there might be an iPhone SE 3 already in the works. Apple has used the iPhone 8’s design, so the iPhone SE 3 will feature a new design that is akin to recent iPhones, either the iPhone XR or iPhone 11. This is Apple’s strategy for iPhone SE Models. They refresh older iPhones with new internals.

But at the same time, most rumors also suggest that the next iPhone SE will include a Touch ID so, we might not see a new design either.  And Apple hasn’t developed an under-screen Touch ID for its regular iPhones so the chances of the iPhone SE lineup getting it are almost non-existent.

Related: How to Delete Multiple Contacts on Your iPhone

As Ming-Chi Kuo has predicted, there will be an iPhone SE model this year. So we could expect the iPhone SE Plus to launch alongside the iPhone 13 lineup. The new iPhone SE will for sure not launch sooner than that as there was no indication of it in Apple’s Spring Loaded Event.

But all eyes are on the iPhone SE 3 which is supposedly delayed till 2022, maybe even till 2023. This news has been backed by both Apple analyst Ming-Chi Kuo and display expert Ross Young. According to Young, we should only get our hopes up in the Spring of 2022.

These rumors all have to be taken with a large pinch of salt at the least as they are still a long way out in the future. A Japanese blog site, named Macotakara stated in January 2021 that a new iPhone will launch in April 2021, which didn’t happen, so be cautiously excited and don’t be disappointed later.

There is also a possibility that if Apple launches a larger iPhone SE this year, the iPhone SE Plus then you can expect 2 sizes of iPhone SE 3 in 2022 or 2023.

The reason for such sporadic launches and uncertainty among the iPhone SE lineup of phones is because it has always been that way. No one expected Apple to be working on a new iPhone SE back in 2018 when Apple retired the first generation iPhone SE. Another possible reason is that Apple as a company doesn’t dwell or care much about budget products, it tries to offer the most premium of products to its customers.

What we want to see

Svetapple is an artist that comes up with attractive concept illustrations for Apple products that are yet to be announced. Svetapple has come up with yet another cool Apple product design and this time it is for an iPhone SE based on the iPhone 12 design.

This concept of an iPhone SE is simply stunning, it is even better than the iPhone 12 Mini, which it is based on. It is better as it provides more screen estate by replacing the notch with a tiny hole punch for the selfie camera. Look below for some of the renders.

This is an amazing concept but the likelihood of it coming to fruition is very low, because Apple will probably go with an older model to refresh for the iPhone SE. We can only dream.

Last year’s iPhone should be capable of Night Mode just because the hardware is present, but Apple has not implemented it. This is probably to make the regular iPhones feel more premium, but hopefully, future iPhone SE models come with Night Mode.

I understand that the iPhone SE is a budget phone for Apple but far cheaper phones from the Android side come with double the RAM and Battery found on iPhones. The 3GB of RAM found on last year’s iPhone SE will soon be obsolete with games and apps using a lot of resources. The iPhone SE was also outperformed by the iPhone 11 even though both are equipped with the same processor. The reason was that the iPhone 11 had 1GB more RAM than the SE.

Similarly, the iPhone SE comes with a ridiculously small battery capacity of just 1,821 mAh. While iPhones are very efficient, it still is very tiny and the worst part of the iPhone SE after its huge bezels is its battery life.

Speaking of the bezels on the iPhone SE (2020), these huge bezels need to reduce significantly and the screen-to-body ratio should increase. The latest iPhone SE comes with a measly 4.7-inch display and is tiny when the average smartphone screen size right now is almost 6 inches.

The iPhone SE launch in the spring of 2020 was a huge success, to say the least. And it felt like it came out of nowhere. The iPhone SE from 2020 gave customers an option to get what they need on a smartphone without breaking the bank. It also promised the quality of Apple’s expertise and support.

Ever since its release the next iPhone SE has been a huge talking point. This could either be the iPhone SE 3 or a bigger version namely, iPhone SE Plus. This article is a round-up of all the rumors and leaks surrounding the upcoming iPhone SE. As always, take rumors and leaks with copious amounts of salt. Check out the latest iPhone SE 3 Leaks for all the details!