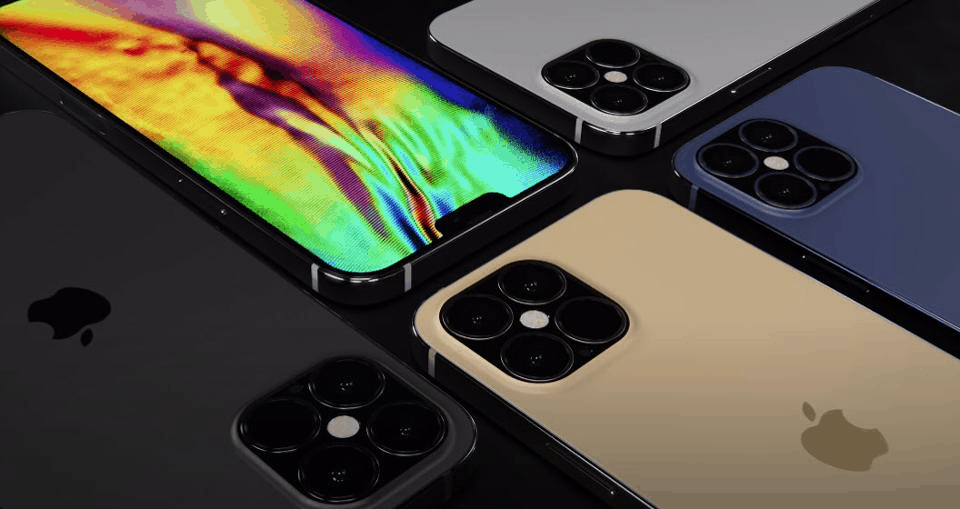 With the next generation of Apple iPhones due for release sometime within the next few months, tech-giant Apple is likely to be hard at work to produce yet another revolutionary product from their premier line of smartphones.

However, with the unexpected problems and obstacles brought about by the onset of the COVID-19 pandemic, production and development have most likely had to endure some setbacks. Check out our iPhone 12 India Price and Release Date article for all the details.

Although the iPhone 12 is definitely on its way to the Indian market, all available information, from specs, to pricing, to even the release date is currently pure speculation based on inside information and production leaks. With the launch of the iOS 14, Apple Watch 6 and other revolutionary tech, Apple is certainly doing a lot this year.

Since Apple has yet to confirm or deny anything regarding the iPhone 12 launch, in an official press release. We at Stupid Apple Rumors have taken the liberty to compile all the credible information regarding the device including the design and tech specs.

So read on to find what we know so far about the iPhone 12 and its variants, as well as what we’re most likely to see when the product finally launches. Here’s the iPhone 12 India Price and Release Date.

According to the leaks provided by Jon Prosser, the base model of the iPhone 12 will feature an aluminum body and a 5.4-inch display.

A larger version of the base model, the iPhone 12 Max looks like it comes with a larger 6’1-inch display.

Just like with last year’s iPhone 11, the Pro version is likely to offer higher-end internals and performance over the base model.

The largest variant of the iPhone 12, the 12 Pro Max is a larger handset with a 6.7-inch display.

Information regarding pricing and available storage options are also based off of production leaks from Jon Prosser, which we incorporated into the variant descriptions above.

Other sources suggest that all four variants will have a three-camera setup, with the difference most likely being the inclusion of LiDAR technology on the Pro variants.

As mentioned above, one of the big design features to look out for in the upcoming line of Apple iPhones is the smaller notch compared to the iPhone 11.

Another design factor for the iPhone 12, as leaked by numerous sources, is that it will feature sharper and less-rounded edges than the previous generation. It will feature a design language that similar to the flat-edge design of much older iPhones.

While everyone’s expecting the iPhone 12s to come with the latest, fastest, and most powerful A14 chip and 5G-enabled connectivity, Some sources have provided the internet with a much more in-depth look at what we can expect from the Apple iPhone 12.

According to sources who spoke with BGR India, the iPhone 12 models will come with a variety of display and memory options.

Sources from India Today also suggest that the iPhone 12 Pro variants will come with 120Hz ProMotion display for dynamic refresh rates between 60Hz and 120Hz. The same sources also claim that all variants of the iPhone 12 will be getting larger batteries up to 4,400 mAh.

There has been a lot of speculation regarding the iPhone 12’s release date, so here’s the latest news regarding production.

As verified by tech insiders Ross Young from Samsung, and Jon Prosser from Front Page Tech, sources indicate that the iPhone 12 release date will be later than expected due to the problems brought about by COVID-19.

Although that information in itself is unsurprising, here are some the details regarding the iPhone 12 release:

If you’re looking for something a little more definitive, then based on our research, it’s highly likely that Apple will launch the iPhone 12 by October and will hit the Indian Markets by the end of Q1 of 2021, but as we said, at this point, the only thing that’s certain is that it’s coming. We just hope it’s sooner rather than later.

However, this is only with respect to the western world. The iPhone 12 might take a bit longer to come to India. Especially since Apple, is planning on manufacturing it locally.

The iPhone 12 is expected to be manufactured locally in India to cater to the Indian market. Taiwanese contract manufacturer Wistron will be running point and will invest around 2900 crores in a facility in Bengaluru to Ramp up the production. So, users can ideally expect to see it late Q1 or early Q2.

Wistron has reported that the hiring process is underway and has commenced manufacturing trials. The iPhone 12 will be the 7th phone to manufactured in the country. So, Apple is quite used to the process and can therefore fast track it.

What is the release date for iPhone 12 in India?

Initially, based on speculation and comparing the launch dates from previous years the iPhone 12 was expected to launch on July 24.

However, due to the Covid-19 global pandemic, the launch date has been postponed. As for specifically when? based on research and rumours, it is highly likely the iPhone 12 will hit markets by October.

However, it might take till the mid of 2021 to hit the Indian Markets. Check out our iPhone 12 India Price and Release Date article for all the details.

If we weren’t in such unpredictable times, I would say wait for iPhone 12 as it’s definitely going to be a game changer.

However, considering the current state of affairs and if you can’t wait for a good 3-5 months then, by all means, go for the iPhone 11. Check out our iPhone 12 India Price and Release Date article for all the details.