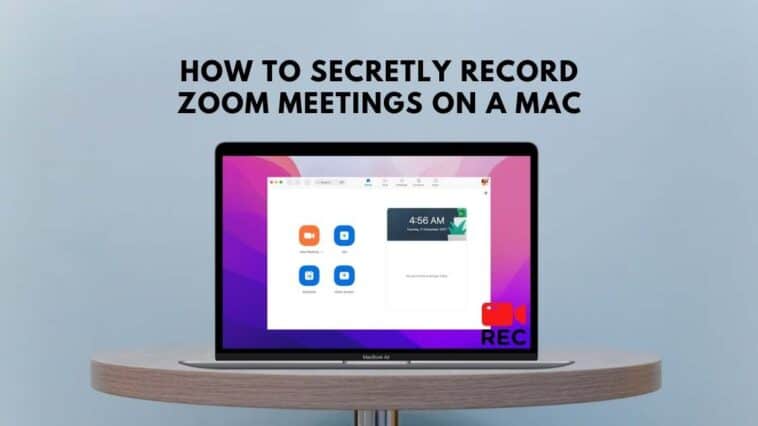 Ever since work from home became the new norm, I’ve had to attend meetings and take calls remotely and one video conferencing platform I used that saw an immense growth during the lockdown, was Zoom.

Zoom suddenly became the most convenient way for everybody to communicate with friends and family, as well as stay in touch with colleagues at work. Some companies even adopted Zoom as their official channel to communicate with their employees who were working from home.

One thing that made Zoom a great tool was that it let me record meetings with the click of a button. However, this only worked while I was the host of the meeting and not a regular participant.

As a regular participant, I was able to record meetings by pressing the record button in the Zoom taskbar. But, instead of automatically starting the recording, a request was triggered to the host who would then have to approve it.

Only when the request was approved was I able to begin the screen recording and it was at this time that all the participants in the meeting got to know that I was recording the screen because of a notification that popped up.

So, you must be wondering, “how to secretly record Zoom meetings on a Mac”?

Well, there are three ways you can record your Zoom meeting on a Mac without anyone including the host getting to know; One is by using QuickTime Player on your Mac, the second is by using keyboard shortcuts to launch the Screen grab tool and the third is by downloading a third-party screen recorder from the App Store.

Since Apple’s Mac makes it easier to record Zoom meetings without anyone getting to know, i’ll take you through that first. But if you’re finding it difficult to get QuickTime to work on your Mac then you can try one of the alternate solutions which i’ll cover below.

3 Ways How to Secretly Record Zoom Meetings on a Mac

Mac users take note, recording Zoom meetings will trigger a notification to all the participants that you’re about having the screen recorded.

This may not sit well with everyone and since the host has to grant permission in order to use the screen recorder function, it’s best to use an alternative method and opt to do it privately.

Luckily, you will not have to worry about using the record feature in Zoom and can secretly record any meeting.

By using QuickTime player, you’re bypassing Zooms screen recording functionality and no one will get to know that the meeting is being recorded, not even the host.

QuickTime player provides a playback preview of the recording. You can then choose to export the file in 1080p, 720p and 480p and there’s even an option to save only the audio portion of the recording.

The second method is to use shortcuts on your Mac keyboard. Since Macs were designed for creative purposes, they come with built-in features that let you record and edit videos all with the tap of a few buttons on the keyboard.

To record a Zoom meeting on Mac using shortcut keys, follow these steps

Once the recording has been stopped, a thumbnail will appear in the lower left corner of the screen. Click on the thumbnail to choose the destination folder as well as the name of the file.

If for some reason QuickTime fails to record the screen, you can go ahead and use a third-party screen recorder app from the App store.

There are many that are available for free to use and one that I can vouch for is VLC Media Player for Mac.

VLC is undoubtedly one of the best media players for its ability to support a wide range of file formats. It’s also equipped with screen capturing tools that can be used to record Zoom meetings without anybody getting to know.

To use VLC Media Player to secretly record a Zoom meeting,

Once you’re done recording or when the meeting is over, head over to the Playback menu in the toolbar at the top and then uncheck Record.

All the VLC recordings will be stored in .AVI and their names will start with ‘vlc-record’.

If you’re looking to record only a part of the screen using VLC, head to File > Open Capture Device > Screen and then enter the Subscreen height and width to specify the dimensions you wish to capture.

Can you record Zoom meetings?

Yes, anyone can record Zoom meetings, but only the Host has the ability to permit or deny anyone from recording a Zoom meeting.

How to record Zoom meetings on Mac for free?

To record a Zoom meeting on Mac for free, you will need to either choose to use the record feature within the Zoom app, using QuickTime Player or by downloading a third-party software like VLC Media Player that supports screen recording.

How do I know if my Zoom is being recorded?

Unfortunately, Zoom does not record meetings by default but there’s a setting that needs to be enabled in order to activate this feature. The only drawback is that automatic recording takes up a lot of storage space on the Mac.