As an amateur athlete, I have always looked for ways to get some personal work done during my workout sessions. At first, this was not an easy task to pull off considering I had to carry my iPhone around with me wherever I went. But when Apple launched the Cellular variant of the Apple Watch I found it to be the most convenient device to own.

Have you ever wondered if it was possible to leave your iPhone at home and still remain connected to everyone around you? With the Apple Watch Cellular, all that is possible.

Yes.. feeling like James Bond when I talk into my watch or while it’s connected to my AirPods is what life is all about. But did you know how it works? The features or the functionality?

This article will cover just that and i will break down how Apple Watch Cellular works.

With the cellular variant of the Apple Watch, you have access to the network even when your iPhone is not nearby and you’re not connected to any WiFi network, this happens automatically within the Apple Watch.. This is possible thanks to the additional parts Apple included in the Watch Series variants;

Apple Watch Cellular primarily works due to the eSim, in this case, is a virtual Sim card, a copy of the Sim card which is currently sitting in your iPhone. This eSim can store the IMSO (International Mobile Subscriber identity) and the relevant authentication keys generated by your network provider.

It does everything a traditional Sim card does, the only major difference is that the eSim is extremely small and does not change the way the Apple Watch looks.

Apple cellular can be switched on or off through the Apple Watch and it’s relatively easy to set up your cellular network on the Apple Watch with the help of the Watch App on your iPhone. With a load of capabilities and advantages, the Apple Watch Cellular variants are sure to fly right off the shelves.

Though your Apple Watch does have an eSim embedded inside, the device does not come pre-activated right from the get go. You will have to follow a few steps in order to activate this feature, these are relatively easy to understand but here are a few prerequisites that have to be checked before setting up Cellular on your Apple Watch.

If these three requirements are met you can proceed to activate cellular service on your Apple Watch. This can be enabled on the Watch App found within the iPhone;

If there are issues or doubts pertaining to the instructions listed by your carrier it’ll be wise to contact your carrier directly for any queries.

Connecting to a Cellular Network

Once the Apple Watch has been configured, you are able to toggle between GPS and the cellular network automatically depending on whether your Apple Watch is in close proximity to your iPhone and WiFi connections or if you’re outside, far from both.

Once connected to the cellular network, you’re able to check the signal strength from the Control Center. In order to open the control center, tap and hold on the bottom of the display and swipe up.

Changing the network carrier on your Apple Watch

The rule of the thumb is that both your iPhone and Apple Watch must run on the same network carrier. The only exception to this rule is while setting up the Watch for a family member. Here, if you’re planning on changing the carrier on your iPhone, you will have to deactivate the current service plan and sign up for a new plan for the Apple Watch.

Once done you may have to reach out to your service provider to cancel the subscription for your Apple Watch.

Since there is no sim card slot in the Apple watch it is impossible for it to have its own network carrier. Meaning it uses the carrier network and data from your iPhone. So, you won’t be able to sign up for different sim card or even a different Carrier.

As mentioned earlier, if your iPhone is one Sprint then your Apple Watch should also be on sprint. Based on the type of plan, your network carrier may allot a separate account number for your Apple watch. However, this does not mean you get a different phone number.

If you get the GPS + Cellular Apple Watch then you can access LTE connectivity. This will let you call, use Siri, navigate and use the internet on your Apple watch using the iPhone’s carrier plan. Even if you don’t have the phone with you. This primarily due to the eSIM. However, availing this option requires you to get in touch with a carrier and pay them a bit more.

Since the launch of the first Apple Watch 3 with Cellular service, Apple has released variants of all their smartwatches in the series. Let’s take a look at what each variant has in store for us.

Available in 40mm and 44mm, the Apple Watch Series 5 is an extremely sought after device that is capable of switching from GPS to cellular for a seamless network connection. The Series 5 came with

The latest in the series, the Apple Watch Series 6 is a monster in terms of performance. The device was launched with

The Apple Watch Cellular Series is one of the best in its segment. With the features Apple is slowly embedding in their devices, we’re sure to reach the stage where we will never use a smartphone again and stick only to our watches.

Having a cellular option to the Apple Watch Series is a god-send as it’s better to always stay connected even though your iPhone is not close by. Though the only things you can’t do on the Apple Watch is browse the internet,  to ask Siri to complete a task for you or simply reply to an email.

This being said, the article How Apple Watch Cellular works covers everything about the functionality and connectivity of the Apple Watch. Hope this was able to help you understand just how the cellular mode works in the Apple Watch.

Is Cellular worth it on Apple Watch?

At a premium of about $100 more than the GPS variant, with features like family support, access to Apple Music, a nice case, larger storage in the device and cellular service for when you’re away from your phone. Yes… it is worth the price.

Can I add cellular to my Apple Watch later?

Yes. With the Apple Watch you can either choose to set up the cellular function at the time of purchasing the watch or if you  have had the watch for some time now and have decided to utilize this feature, you can by accessing the Watch App on your iPhone and configuring the settings.

Should I get cellular or GPS Apple Watch?

Well that is solely up to you. If you’re looking to use the Apple Watch along with your iPhone at all times then spending that extra $100 on the cellular variant won’t be right. But if you think that there may be instances where you might have to make some calls when you’re not going to be using your iPhone, then the cellular variant would be an ideal choice for you.

This site uses Akismet to reduce spam. Learn how your comment data is processed.

Will there be an iPad with Wireless Charging? | February 2021 Update!

How to Delete Multiple Contacts on Your iPhone 2021 | Solved for the Latest iOS! 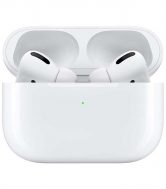