I was taken aback when the Apple TV came out. It had an easy plug and play option with the only requirement being a high-speed internet connection and an active Apple ID. This level of simplicity was unexpected even for Apple and it really got interested in How Apple TV Works.

Personally, I find the Apple TV to be a promising device with lots of capabilities. As a regular online streamer who loves an occasional movie or two, Apple TV has been able to surpass my expectations with their content delivery and overall UI/UX.

The Apple TV has a simple design but don’t let the simple looks fool you, it’s actually quite a beast in terms of power and has so much under the hood that it can be mistaken for a gaming console. It has amazing features and you can even watch shows in private using your AirPods.

Let’s take a quick look at what makes Apple TV a good choice. Most importantly, let’s find out How Apple TV Works along with some key pointers on how you can get the most out of your Apple TV.

How does Apple TV Work

After Using the Apple TV for more than half a year, I can tell you with complete confidence it’s far better than any other streaming device. I was able to not only stream generic content but I also had access to Apple’s exclusive content. So, How does Apple TV Work?

Apple TV works like any other TV box. The Apple TV console must be connected to a power outlet and to a TV using an HDMI cable. Next, follow the prompts on your TV. Use the remote controller to navigate and be sure to have a stable internet connection. Once, this is completed access the streaming apps and the exclusive content using the same remote.

Unlike most media players that stream movies off a standard server, the Apple TV takes it one step further by converting your television into a smart TV.

Plus point is that you’re able to customize your Home Screen by rearranging apps, creating dedicated folders to hold certain apps and even change the overall appearance of the Apple TV by setting up Light Mode or Dark Mode.

How To Use Apple TV – Set up

Setting up the Apple TV is a ten minute task with some basic and down to earth instructions to follow.

With the Apple TV you can share your content with your family as well and this works with up to 5 family members. Considering the Apple TV was designed to be a part of the Apple Ecosystem, all your Apple devices can work alongside the Apple TV.

What can you do with an Apple TV

With Apple TV you’re able to use a HDTV to stream various content such as videos, music, podcasts and even download games and apps.

Note: You will not be able to stream or access content on the Apple TV if you do not have a registered Apple ID.

Apple TV+ is Apple’s online streaming service that’s available on the Apple TV devices and is a direct competitor to Netflix, Amazon Prime and Disney+. Apple TV+ features Apple Original content such as movies or tv shows and the service is made available for free for the first year to prospective Apple TV buyers.

Apple TV+ is available for multiple devices via the existing Apple TV App that can be downloaded on the iPhone, iPad or Mac via the App Store. The service is retailed at $4.99 post a 7 day free trial. The best part about Apple TV+ is that you can share the subscription with up to 5 family members.

Apple TV+ App is available for Apple devices and select smart TV’s. Unfortunately, there’s no access to the Apple TV+ App on Android just yet.

Features of the Apple TV

As a streaming media player, Apple TV takes content from the internet and plays it on your TV. Here are a few key features of both the Apple TV HD and Apple TV 4K.

Currently, there are only two models of the Apple TV on sale and that is the Apple TV HD (4th generation) and the Apple TV 4K. Both these models are quite different from each other and both are available on Amazon or the Apple Store.

The Apple TV HD is an entry-level streaming device that is retailed at $149.00 on Apple. The Apple TV HD supports 1080p HD video and is powered by the A8 Bionic chip, the same processor that powers the iPhone 6.

The Apple TV HD cones with a free 1 year subscription to Apple TV+ and is available with an additional AppleCare Protection Plan giving you up to 2 years support and service for your Apple TV.

The device is relatively small in size with dimensions of 3.9” x 1.4” and weighs about 425 grams. The TV HD is available in one storage capacity of 32 GB and is not expandable. The Apple TV is retailed with a Siri Remote that connects to the hub via Bluetooth and allows you to communicate with Siri at the push of a button.

The Apple TV HD is compatible with High Definition TV’s with HDMI ports and Bluetooth Keyboards for an easier navigation and search experience.

The Apple TV 4K is a flagship media streamer that is almost the most expensive streaming media player in the market. Retailed at $179.00 for the 32GB variant and $199.00 for the 64GB variant on Apple, this device is meant clearly for Apple enthusiasts who already have a 4K TV at home.

The Apple TV HD cones with a free 1-year subscription to Apple TV+ and is available with an additional AppleCare Protection Plan giving you up to 2 years support and service for your Apple TV 4K. A major advantage is that the Apple TV 4K is the first-ever device to stream with Dolby Vision as well as Dolby Atmos sound for a breathtaking cinematic experience.

The Apple TV 4K comes with a Siri Remote allowing you to control the device with just your voice. Powering the device is Apple’s A10X Fusion chip, the same chip powering the iPad Pro 10.5” and 12.9”. The Apple TV 4K is compatible with HD and UHD TVs via HDMI and can be controlled via a Bluetooth keyboard as well.

Apple launched their own streaming service (Apple TV+) which consists of both popular shows and original content. Majority of this original content is produced by celebrities and famous directors, making it one of the best OTT platforms in the world.

Apple TV on the other hand is the physical device used to stream the shows. Apple TV hosts multiple OTT platforms like Netflix, Hulu, in addition to Apple TV+.

To access Apple TV+, all you have to do is click on the Apple TV app or access the actual device and head to the “Watch Now” section. Now, scroll till you find channels section and click the Apple TV+.

So there you have it, an inexpensive alternative to various other media streaming devices currently sold in the market, the Apple TV does pretty much what any online streaming devices do, gives you unlimited access to a wide range of movies, tv-shows and music.

It is Apple’s answer to Netflix, Prime Video and Roku and many others. It is user-friendly and follows a simple plug-n-play routine making it easy to use.

Generally speaking, you don’t need to be a hardcore Apple user to purchase the Apple TV. However, I would recommend the Apple TV to any and everyone as it’s simple to use, straight up neat looking and delivers the highest streaming quality based on the TV it’s plugged into.

If you’ve been able to freely understand and have questions pertaining to the topic How Apple TV works, please feel free to drop your questions below in the comments section. Check out our guide on How Apple TV Works for more details.

What does Apple TV do exactly?

Apple TV is a streaming TV box like MI Box. It lets you stream all types of video content. Yes, that means Netflix, Hulu, YouTube, HBO and various other services.

However, it is also quite different from other streaming boxes as it allows you access to its proprietary Apple TV. You also get to access you iCloud and various other iOS devices using AirPlay. Check out our guide on How Apple TV Works for more details.

Added to wishlistRemoved from wishlist 5

How To Check If Your AirPods Are Authentic 2021

Best Fake Apple Pencils 2021 | With Palm Rejection and Much More

How To Check If Your AirPods Are Authentic 2021 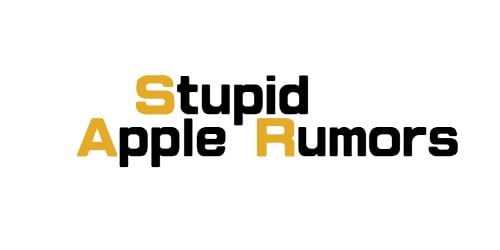