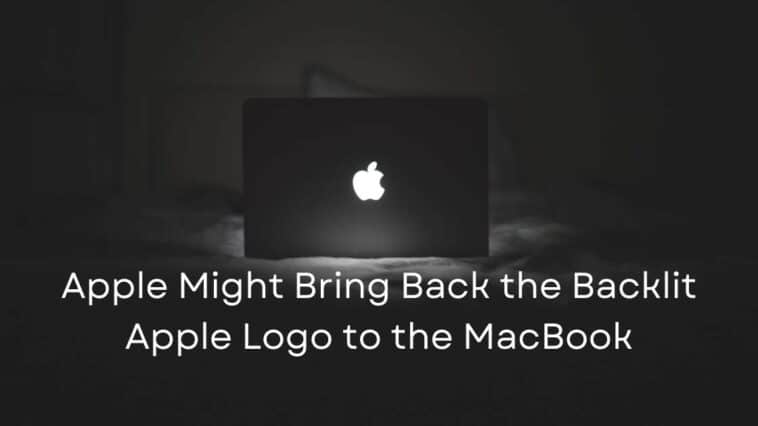 Recent rumors and a new patent suggests that Apple might bring back the iconic backlit Apple logo on the MacBook by using a new methodology.

The once coveted design that was part of the MacBook until 2015, might see a comeback based on a new patent that was published last week by the U.S Patent and Trademark Office for “Electronic Devices with Backlit Partial Mirror Structures”.

Apple to Revive the Backlit Apple Logo with Reflective Mirrors?

The backlit Apple logo which was first introduced back in 1999, was on nearly every MacBook until 2015.

The now extinct feature could see a comeback in the near future thanks to a patent that was published last week that highlights the different implications of “Electronic Devices with Backlit Partial Mirror Structures”.

Based on the design of the patent, Apple might be experimenting with reflective mirrors that will sit behind the Apple logo on the MacBook. The structure appears to be a one-way mirror and will have a neutral or non-neutral color such as gray or gold as highlighted by Patently Apple in their recent findings.

“An electronic device such as a laptop computer or other device may have a housing. Components such as a display and keyboard may be mounted in the housing. The rear of the housing may be provided with a logo. The logo or other structures in the device may be provided with a backlit partially reflective mirror. The mirror may provide the logo or other structures with a shiny appearance while blocking interior components from view. At the same time, the partial transparency of the mirror allows backlight illumination from within the device to pass through the mirror.”

If this is the case and Apple does decide to re-release the backlit Apple logo, then based on the patent filed, the Apple logo could most likely be made from glass, metal, polymer, ceramic, fiber-composite material, crystalline materials such as sapphire, other materials, and/or combinations of these materials

While Apple hasn’t released a new MacBook with a backlit Apple logo since 2015, we can only hope that the new patent kicks off and the new design arrives to the MacBook range soon.