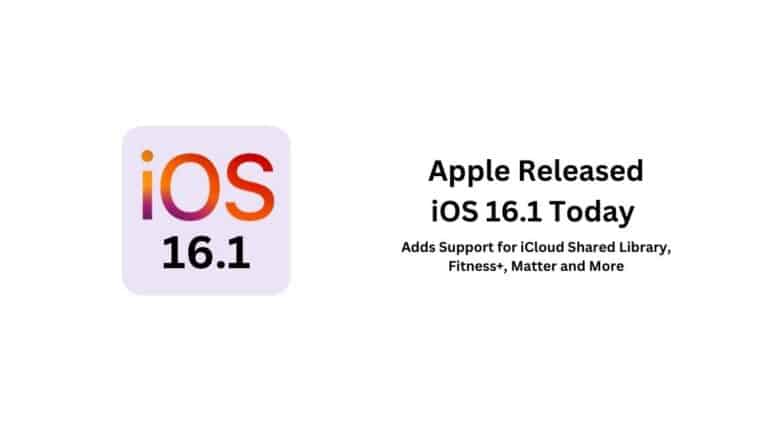 Apple released iOS 16.1 to the general public today. This is the first major update to iOS 16 since its release in September.

The new update can be downloaded on supported devices over the air by navigating to Settings > General > Software Update.

iOS 16.1 will be released to users worldwide over the next couple of hours and the update might take a while to appear on some devices due to high demand.

With iOS 16.1, Apple has introduced new features that were not made available to the public with the launch of iOS 16.

Now, users will be able to experience iCloud Shared Photo Library on the iPhone and have Live Activities added to the lock screen as well as on the Dynamic Island on iPhone 14 Pro models.

The update also brings the new Fitness+ update to the iPhone and users will be able to track their health metrics without having to own an Apple Watch.

iOS 16.1 also adds support for Matter, something users have been patiently waiting for and last but not least, the new update also includes a number of bug fixes such as the failure to launch CarPlay with a VPN connection and Dynamic Island content is not available when using Reachability.

This update also includes bug fixes for your iPhone:

iOS 16.1 was launched alongside macOS 13 Ventura and iPadOS 16.1 which was inevitably delayed due to issues with Stage Manager.

Apple Increases the Prices of Apple Music, Apple TV+ and Apple One