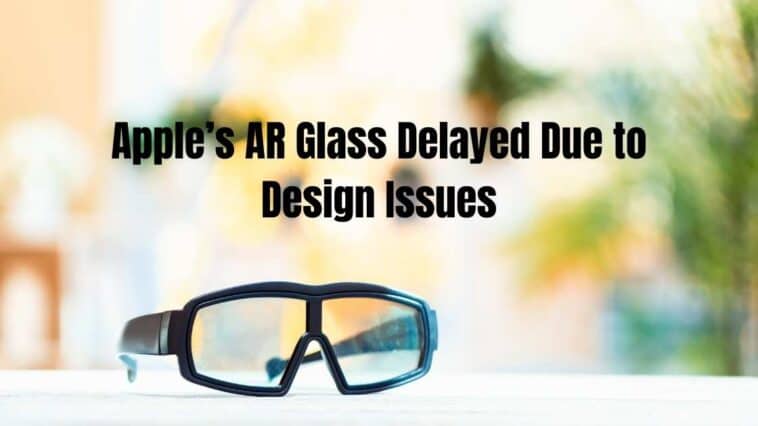 Apple is about to launch their new AR/VR headsets in the first quarter of 2023, but it is the development of the AR glass that has hit a few snags and reports suggest that it could be delayed from 2024 to 2026 due to issues with the design.

According to a recent report on MarketWatch, Jeff Pu, a tech research analyst with Haitong International, predicted that Apple may delay the production of the AR glass by 2 years due to flaws in the design.

Pu had previously stated that Apple would have the prototype of the AR glass ready by the end of 2022 and mass production would most likely commence by 2024.

However, his new prediction comes after Apple hit a few snags in the implementation of the design.

Jeff Pu, in an email to MarketWatch

According to rumors, Apple is planning to adopt waveguide technology by sampling Corning and Hoya glass, but due to the recent setback it could be long before we can see an actual working AR glass.

Back in 2021, Ming-Chi Kuo also gave a similar prediction where he felt that Apple will release glasses with AR capabilities as early as 2025 and that several prototypes are already in the pipeline.

In a recent interview with Dutch media outlet, Bright, Tim Cook described AR as a profound technology that will affect everything.

Unlike Apple’s AR/VR headset that’s set to launch in a couple of months, the AR glass is a device that’s rumored to be 100% focused on augmented reality and could possibly replace the iPhone in the next 10 years according to analysts.

The Apple AR/VR Headset To Come With Iris Scanning Biometrics in 2023: Reports